Think saying racist rubbish on social media is fun? Boy, are you in for a big surprise! A brilliant project called ‘Virtual racism, real consequences‘ takes people’s racist comments from Facebook and plasters them onto billboards in that person’s hometown, using Facebook’s location tag feature. 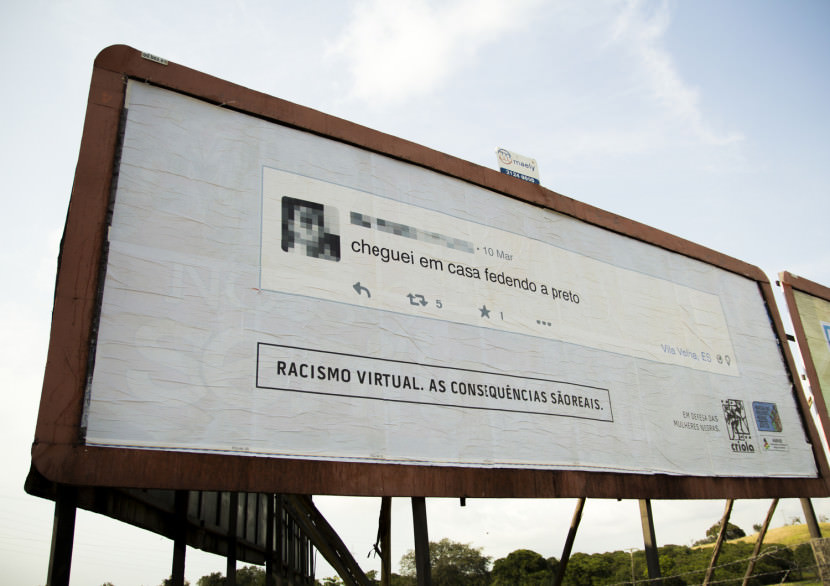 While the commenters name and photo are blurred out, the project’s aim is to show that racism online has an effect in real life.

Nonprofit Criola group are behind the campaign which is going on in Brazil at the moment. The project was started after Brazilian journalist Maria Júlia Coutinho was the victim of racist bullying on Facebook.

Criola Group says of the campaign: ‘We wanted to provoke a reflection. Does a comment on the internet causes less damage than a direct offense? For those who comment, it may be. But for those who suffer it, the prejudice is the same. 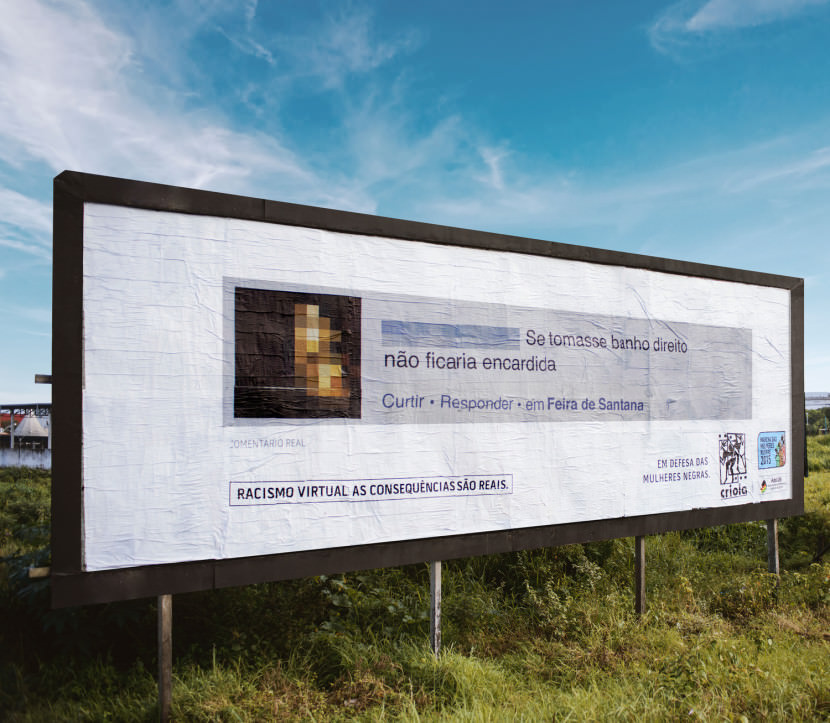 ‘So, in partnership with billboard media companies, we put on the streets real racist comments posted on Facebook and Twitter, near the houses of the offenders. We omitted names and faces of the authors – we had no intention of exposing them.

‘We just wanted to raise awareness and start a discussion, in order to make people think about the consequences before posting this kind of comments on the internet. Because, after all, the worst enemy of racism is silence’.

While some are angered by the project — hey, if you’re going to be spewing hatred on social media, you should be ballsy enough to own those words away from the computer screen.