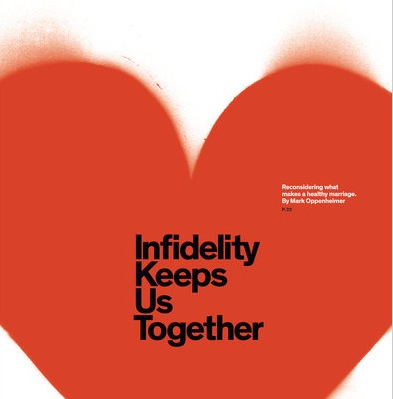 As I noted in my last post, the ethnographic evidence suggests that human nature is adapted to an ancestral mating system that was predominately polygynous (one husband, multiple wives). Most ancestral men aspired to polygyny (even though most weren’t impressive enough to attract more than one wife), and some ancestral women preferred to be the co-wife of a really impressive man than the sole wife of a second-rate one.

This last point raises a key question: Why have so many cultures attempted to abolish polygyny? If our ancestors’ environments were so polygynous, why is “socially imposed” monogamy—the moral and legal prohibition of polygyny—so common in modern societies? Or more accurately, why is it so common in the West? (Polygyny remains legal and common in many non-Western societies, especially sub-Saharan African and Islamic countries).

Monogamy’s spread in the West had something to do with the influence of Christianity, but not as much as you might expect. Mainstream Christianity has always endorsed and enforced monogamy, and as Christianity spread across Europe in the centuries following the fall of Rome, monogamy spread along with it. However, Christianity’s condemnation of polygyny has never been as straightforward as anti-polygyny church leaders would have preferred, because no Biblical passages explicitly prohibit plural marriage. Indeed, leaders of breakaway Christian polygynous sects, like 16th-century German Anabaptists and 19th-century American Mormons, have always been eager to point out that several central Old Testament figures are polygynists. Abraham, for instance, had two wives simultaneously, and Solomon had 700 (plus 300 concubines).

In other words, the genetically encoded psychological machinery of human mating behavior was built by, and for, a world in which striving for polygyny was often reproductively advantageous. That’s why people living in modern societies often seem inclined towards polygyny, even in cultures that have attempted to abolish it.

The case for an automatic association between Christianity and monogamy is weakened further by the fact that socially imposed monogamy was first established in ancient Greece and Rome, centuries before Christianity even existed. Greco-Roman laws prohibited any man from having more than one official wife at a time. It’s true that forms of de facto polygyny (e.g. concubinage, sex with slaves) continued to be tolerated in these societies. Nevertheless, anti-polygyny laws made Greco-Roman society relatively sexually egalitarian (Scheidel, 2009), because by preventing elite men from legally acquiring multiple wives, they improved the ability of lower-ranking men to acquire wives of their own.

So by the time Christianity began spreading through the Roman Empire in the first centuries AD, monogamy was already well-established. But even though Christianity did not introduce socially imposed monogamy to the West, it did fully embrace this institution, and as noted above, it was this embracement that ultimately led to monogamy’s spread throughout the Western world.

But enough about how monogamy spread throughout the West. Why did it spread? There isn’t universal agreement about what the correct answer is, but a plausible answer is that it spread because historically, monogamous groups were advantaged militarily over polygynous groups (Alexander, 1987). The ancient Greco-Roman and medieval European leaders who embraced anti-polygyny laws were heavily invested in the business of war, and their own social status and indeed survival often depended on their ability to maintain large, well-funded armies. And the imposition of monogamy produced bigger, better armies, because monogamous groups can grow larger than polygynous ones.

Why can monogamous groups grow larger? Because men want wives, and if you need a lot of men on your team, you must offer them something that they want. In monogamous groups, unlike polygynous ones, high status males cannot hoard large numbers of women for themselves. The more equal distribution of women in monogamous groups means that more men can acquire wives, and fewer men have to leave the group to search for wives elsewhere. And the larger the group, the more men there are to fight in battles and to pay taxes for the funding of wars. Socially imposed monogamy, therefore, emerged in the West as a reciprocal arrangement in which elite males allowed lower-ranking males to marry, in exchange for their military service and tax contributions.

After socially imposed monogamy was established, Westerners became so accustomed to it that many began to see it as the normal state of human mating, and to see the formerly universal practice of polygyny as foreign and strange. As Laura Betzig writes, “modern societies—those that have grown out of the Christian Middle Ages—are remarkably monogamous. They seem, in fact, so consistently monogamous that what was once the rule [now] looks like an exotic exception” (Betzig 1995, p. 182).