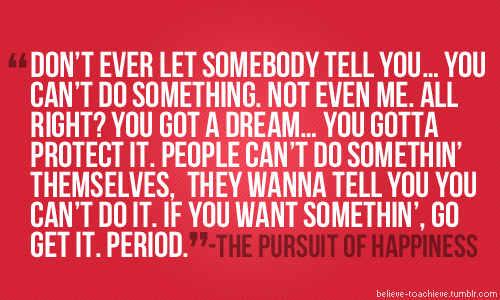 Q: In one of your articles you mentioned that Sam, your son, is a filmmaker. I deduced that you’re OK with that. Well, if Sam were African, he’d have a difficult job convincing his parents to allow him to pursue this path. And it would be much harder if his dad were wealthy and famous.

What gave you the courage to let Sam do his thing, and what advice can you give to prominent African entrepreneurs whose children desire to follow their own paths, away from the family business? — Festus Mbuimwe, Nairobi, Kenya

Parents faced with this question need to ask themselves what’s important to them. My family comes first, and helping and supporting my wife, Joan, and our children, Holly and Sam, is at the top of the list. Joan and I do not consider our legacy to our children to be wealth or fame, but the opportunity to pursue happiness by following their own paths.

Just as Joan and I both made our own decisions about what we wanted to do, with our parents’ support, we want our kids to have the same experiences. My parents were incredibly encouraging, hoping only to help me succeed in my endeavors. My grandfather was a judge and my father was a barrister, but they never pressured me to pursue a career in law, and I didn’t have the desire to follow in their professional footsteps. Instead, my mother’s passion for entrepreneurship turned out to be a major driving force for me.

In the unfortunate situation where a young person faces family opposition, a little rebellious spirit can help her to follow her own dreams rather than be stuck trying to meet others’ expectations. These are good instincts, not mere youthful foolishness: When you love what you do, you are a lot more likely to succeed.

I started up Student Magazine as a teenager because I wanted to tell stories that mattered to me, especially about the protests against the Vietnam War, and to showcase the work of great artists and writers. And Sam co-founded Sundog Pictures to tell engaging, inspiring stories he cares about. He and his team certainly did that in their first feature, “Breaking the Taboo,” which took an uncompromising look at the failed global war on drugs. Sam is also working with the Virgin Group, and Joan and I will support whatever direction he chooses to take.

As you pursue your career, your efforts may sometimes meet with failure. Don’t be discouraged — one of the best ways to learn how to do anything is to make mistakes. It took time and a lot of errors before I achieved any successes. (And as a note to parents: If you are looking over your children’s shoulders all the time, they will miss the chance to grow by making missteps.)

Also, if you are adventurous in your choices, you’ll have a lot more fun and excitement, along with the chance to pursue further success. I’m fortunate that Sam and Holly share my daring streak, and together we have broken a few world records together and climbed Mont Blanc! I can’t wait for us to go up into space together through Virgin Galactic.

From a young age, Holly dreamed of being a doctor, and we wholeheartedly supported her. We were very proud when she earned her medical degree in 2007 and later joined the neurology department of Chelsea and Westminster Hospital in London. We were equally pleased when she later started working with the Virgin Group. She has taken the skills she developed in her medical career and is using them in areas she has a passion for, such as working with our nonprofit foundation, Virgin Unite. This year she is leading Free The Children’s first We Day UK in London, bringing young people together to celebrate the positive changes that they are making in their local and global communities. We couldn’t be prouder of her efforts.

It is very sad that some young people are not given the freedom to make their own way in the world. They will need assistance from others to follow their dreams, and we hope to help them at the Branson Centre of Entrepreneurship in Johannesburg, which we started up to support African entrepreneurs with funding, guidance and mentorship. While I don’t know the ins and outs of the African film industry specifically, there are certainly opportunities for young filmmakers from the continent: One initiative that caught my eye is Focus Features’ Africa First program, which supports emerging African filmmakers with financial aid and mentorship.

We have just spent the holiday season together as a family, and Joan and I were happy to see that our kids were pursuing their ideas with optimism and enthusiasm. As the Rev. Henry Ward Beecher said: “There are only two lasting bequests we can hope to give our children. One of these is roots, the other, wings.” Wherever you are, and no matter what your financial situation as parents, the best thing you can do for your children is to give them the confidence and freedom to fly, and the knowledge that there will always be a loving home waiting for them when they land.

got a question for sir richard branson? email him at BransonQuestions@Entrepreneur.com