Forbes 3rd annual 30 Under 30, a tally of the brightest stars in 15 different fields under the age of 30. These founders and funders, brand builders and do-gooders aren’t waiting around for a proper career bump up the establishment ladder. Their ambitions are way bigger — and perfectly suited to the dynamic, entrepreneurial, and impatient digital world they grew up in.  I see we have a few amazing chicas on this list (including 11 African- American chicas)!

Below are a few mamacitas doing the damn thing!  I didn’t add too many from entertainment, but I think Olivia is doing some pretty awesome stuff and of course I had to add Issa from Awkward Black Girl. The link for the complete list is below.. 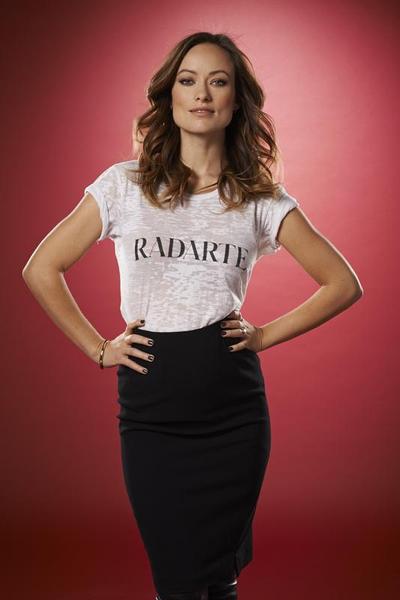 Olivia Wilde, 29
Actress, social entrepreneur
Fundraising is the bane of every philanthropy’s existence. Do-gooders go back to the same rich donors over and over trying to convince them to keep giving. Actress Olivia Wilde thinks there’s a better way. That’s why she’s co-founded Conscious Commerce. The company pairs brands with causes to help corporations become better global citizens. So profits from a best-selling dress at Anthropolgie go to a girls’ school in India. A limited edition bag at Alternative Apparel helps fund a school in Haiti. “I’ve always been a huge proponent of voting with your dollars,” says Wilde. “I’m inspired by the movement of entrepreneurs from my generation who are encouraging people to think about where their dollars are going.” This year Conscious Commerce raised $100,000 for New Light, a community-development project serving the women and children of a red-light district in Kolkata, India. Conscious Commerce now shares time with Wilde’s acting, but she’s getting raves for her recent performance in the movie “Drinking Buddies.” 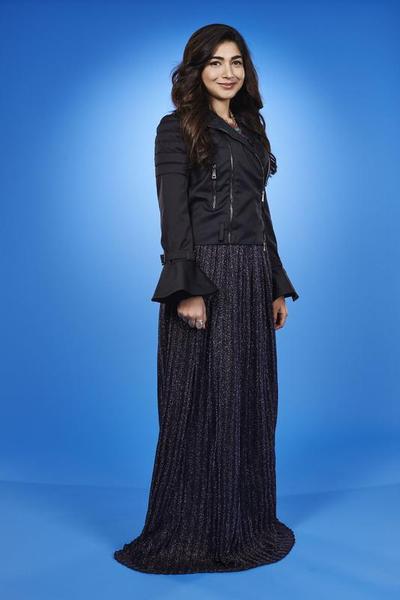 Shiza Shahid, 24
Cofounder, Malala Fund
When Malala Yousafzai, the young Pakistani activist daring to advocate for girls’ education, was shot by the Taliban in 2012, Shiza Shahid, who had met Malala in 2009 at an Islamabad retreat focused on female education, got on a plane. She helped oversee Malala’s medical care in London and protect the family from the media circus. “While I was there by her side, she woke up and said ‘I want to continue my campaign.’ It was clear that she could now help the world in a way that she hadn’t been able to before,” says Shadid. A Stanford grad and McKinsey consultant became the 16-year-old’s chief strategist on-the-spot. “How do we think about leveraging her voice in a way that’s effective, that brings focus to the issues that matter, and creates a platform that drives all this energy around Malala into meaningful action?” A big part of the answer is the Malala Fund which she cofounded with the teen in 2012 to turn their vision for girls’ education into reality. Grants to date: $400,000, half from the World Bank and half from Angelina Jolie and Brad Pitt. A documentary on Malala’s work by Academy Award winner Davis Guggenheim is expected for release in 2014. 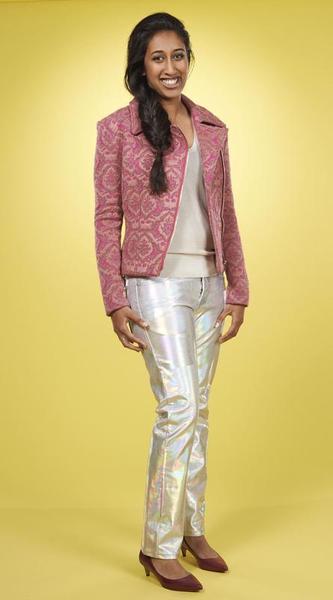 Divya Nag, 22
Cofounder of Stem Cell Theranostics and StartX Med
Divya Nag is attacking one of medicine’s biggest problems: the fact that most types of human cells—like those in the heart or liver—die when you keep them in a petri dish. This makes testing new drugs a risky, costly and time-consuming business: 90% of medicines that start clinical trials turn out to be too unsafe or ineffective to market. But a new technology, the induced pluripotent stem cell, may help. Nag’s company, Stem Cell Theranostics, was created from technology funded by a $20 million grant from the California Institute of Regenerative Medicine and is closing a venture round. It turns cells—usually from a piece of skin—into embryonic-like stem cells, then uses them to create heart cells. These cells can live in petri dishes and be used to test new drugs. Someday they might even replace heart tissue that dies during a heart attack. Three large pharmaceutical companies are customers, though revenues are small. Nag, who was already publishing in prestigious scientific journals when she was an undergraduate, dropped out of Stanford to pursue her dream. No regrets: “Our technology was so promising and I was so passionate about it that nothing else made sense to me,” she says. “It was very clear this was what I wanted to do.” 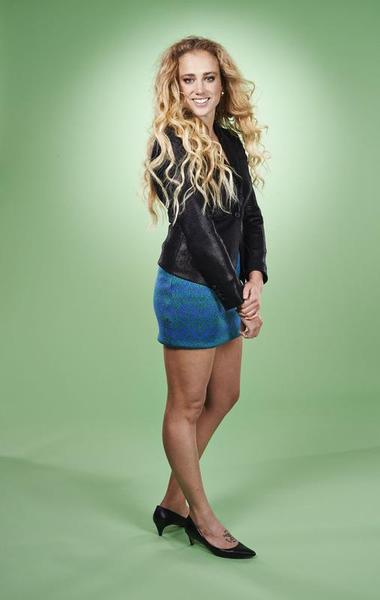 Meg Gill, 28
Cofounder, Golden Road Brewing
Beer, it’s clear, isn’t just for dudes. Women are drinking more of it. And as Meg Gill proves, they’re making more of it, too. Amid America’s craft beer explosion—more than 2,000 at last count—FORBES reckons that Gill, 28, is the youngest female brewery owner in the country. And her Los Angeles-based Golden Road Brewing is one of the fastest-growing; it produced 15,000 barrels last year and expects to double that output this year. “It’s all about finding those relationships to help support the story behind the beer, the beer itself and all the love that goes into getting the beer into the right vessel,” says Gill, who spent her time at Yale in the decidedly beer-unfriendly realms of classics study and varsity swimming. Yet she credits the former with her unique outlook on suds: “Latin is about putting pieces of the puzzle together, and the same thing is true of getting beer on the shelf.” Gill, who sold beer from an R.V. before cofounding Golden Road with an industry veteran, Mohawk Bend owner Tony Yanow, reaches those shelves by putting her high-end brews—$7.99 for a 16 oz. four-pack—inside aluminum cans. Revenues exceeded $10 million in 2013, and Gill plans to expand her dozen-plus offerings outside her southern California base in 2014. 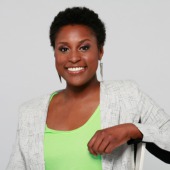 Issa Rae, Writer/Producer/Director, The Awkward Black Girl + HBO
Rae is writing a show for HBO which she will star in. She’s also got a potential show in the works with Shonda Rhimes and in her free time she is writing her first book. 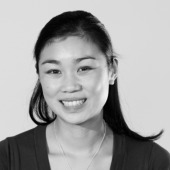 Tracy Chou 26 Software Engineer, Pinterest
Chou is a rising-star software engineer working on a mix of product, platform and infrastructure at Pinterest. Before Pinterest, Chou turned down an offer from Facebook to become the second engineer hired at Quora. She interned at both Facebook and Google and was a Mayfield Fellow at Stanford University. She holds a B.S. in electrical engineering and an M.S. in computer science from Stanford. 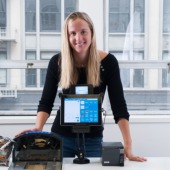 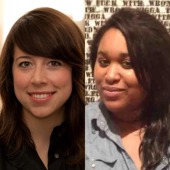 Erie Meyer, Aminatou Sow 29, 28 Cofounders, Tech LadyMafia
Tired of the constant refrain that there are no women in technology, Meyer and Sow founded the Tech LadyMafia, a list-serv and membership group for women in tech to talk about their accomplishments, brainstorm on projects, exchange tips, and importantly, prove that they exist. It includes more than 750 women from California to China. Sow is also the New York-based digital engagement director for IAVA, an org that supports veterans. Meyer is a senior advisor to the White House’s Chief Technology Officer in D.C. 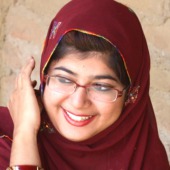 Khalida Brohi 25 Founder, Sughar
When she was 16, Pakistani Khalida Brohi witnessed the honor killing of a friend who had married someone she loved instead of a family-approved choice. The experience inspired her to found Sughar, a nonprofit empowering women in 23 villages in rural Pakistan. Through a six-month course, women gain business skills and learn to turn traditional embroidery into salable fashion products. Grads get small loans to start businesses and help connecting to markets. 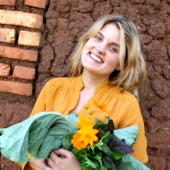 Julie Carney 27 Cofounder, Gardens for Health
Julie Carney’s Gardens for Health works in Rwanda, providing patients at public health centers with seeds, tree seedlings, and small livestock. The goal: make agriculture part of the prescription for malnutrition, teaching parents how gardens can provide healthy foods to their children. The group has worked with 1,500 Rwandan families with malnourished children; 71% of kids are now at healthy weights. 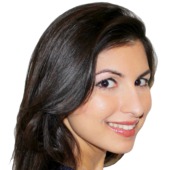 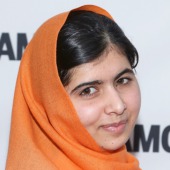 Malala Yousafzai 16 Cofounder, Malala Fund
Pakistani teenager Malala Yousafzai was shot in the head by the Taliban in October 2012 for campaigning for girls’ rights to go to school. She’s since received dozens of awards, appeared on The Daily Show, and penned autobiography “I Am Malala.” Now she’s using her fame to further girls’ education: Malala Fund is putting girls in school, starting with girls in the activist’s native Swat. 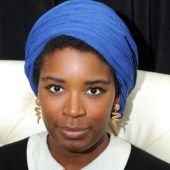 Uzoamaka Maduka 26 Cofounder, The American Reader
Maduka is a mix of modern and throwback: A child of Nigerian immigrants and Princeton graduate, she decided to start a literary magazine, in print, at a time when most of her classmates were dreaming of launching hit apps. There’s a daily website, too, and a partnership with Salon.com helps with digital distribution. 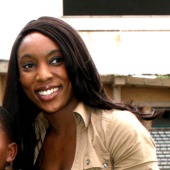 Jessica Matthews 25 Cofounder, Uncharted Play
Uncharted Play makes a soccer ball with a built-in battery. A half-hour of soccer absorbs enough kinetic energy to charge the battery and power a plugged-in LED light for five hours. This could help replace smoky kerosene lamps in towns without electricity. Next up: an electric-generating jump rope, skateboard and (American) football. 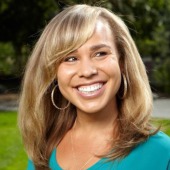 Mandela Schumacher-Hodge 28 Director, Startup Weekend Education
This year the Ph.D. candidate joined UP Global to head the worldwide initiative that helps educators, parents, students, entrepreneurs, developers, and designers who want to create viable companies in the emerging education and learning markets. Schumacher-Hodge is a cofounder of Tioki, an award-winning online professional network exclusively for the education community, dubbed “The LinkedIn for Teachers.” 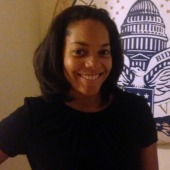 Amanda Brown 28 National political director, Rock The Vote
Getting young voters to the polls through digital tools and effective civic engagement programming. Previously worked as an Advisor for Strategic Planning at the Department of Energy and an assistant in the White House Office of Political Affairs. Dartmouth grad who deferred law school at the University of Chicago to organize for the Obama campaign. 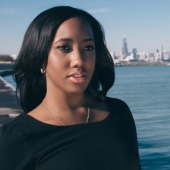 Lauren Wilson 26 Policy counsel, Free Pres
Fights major broadcast mergers, which have been using shared service agreements to evade the FCC’s ban on duopolies, and which hurt the journalism industry and ownership by women and people of color. Big win came when FCC approved an order slashing prison phone rates, helping low income communities. Shining a light on the anti-competitive harms wireless spectrum consolidation would cause.