“He was a superstar,” says Lincoln University music professor Charles Pettaway, summing up the career of perhaps the most unjustly forgotten composer of the classical period, Joseph Bologne, le Chevalier de Saint-Georges. In his day, he was known as much for his symphonies as his swordsmanship, as much for his violin virtuosity as his trendsetting dress, and as much for his equestrian skills as his many romantic dalliances. In fact, only one thing kept him from attaining the uppermost heights of his profession and immediately securing his place in music history—he was, in the parlance of his era, a mulatto. 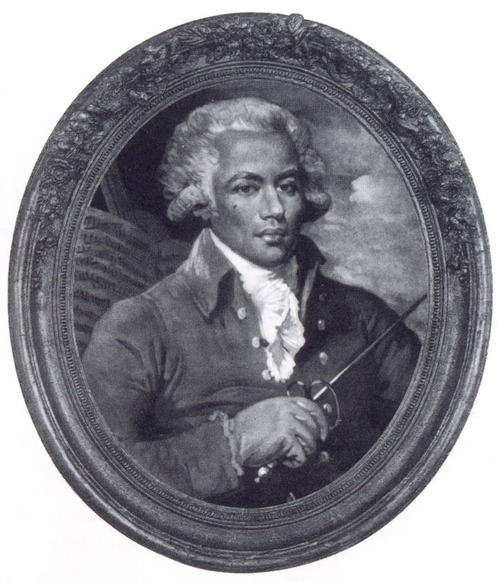 Born sometime around 1745 on the island of Guadeloupe in the French West Indies, Saint-Georges was the illegitimate son of George Bologne, a French plantation owner, and one of his house slaves, a teenaged girl from Senegal named Nanon. Bologne was remarkably dedicated to his mistress and their son. Defying the Code Noir—a royal decree designed to define the conditions of slavery in the French colonies—he treated Saint-Georges as a member of his family. And, although little is known about Saint-Georges’s early years, it is easy to imagine him growing up a relatively privileged child, spending most of his time running, swimming, and generally frolicking through Guadeloupe’s paradisial landscapes.

But Bologne wanted a better life for his son than the colonies could offer. In 1753, Saint-Georges’s father took him to Paris, where he received an education in the gentlemanly arts of fencing, music, and manners. After completing his studies, Saint-Georges was made a Gendarme de la Garde du Roi and introduced to the frothy upper classes of French society. He danced in glittering ballrooms, conversed in delicately appointed parlors, attended shows at opulent concert halls, and was rumored to frequent a number of ladies’ boudoirs. “He loved the ladies!” says Pettaway. “And the ladies loved him!”

And who could blame them? He was handsome, athletic, well connected. And, of course, there was his music. Only about a third of his compositions have survived the last two hundred years, but those that have, says Pettaway, are “certainly on par with the works of Mozart and Haydn.” Music of the classical period is characterized by its careful attention to balance, symmetry, and melody; and “if you look at the form of a Mozart symphony,” Pettaway explains, “you can see the same form in the music of Saint-Georges.” Which is not to say that he was imitating the Austrian prodigy. In fact, Mozart, who was still a teenager scouring Europe for steady work when Saint-Georges’s musical career was at its peak, is thought to have “quoted” a melodic line from one of Saint-Georges’s violin concertos in his Symphonie Concertante in E-flat Major. Other composers offered more explicit compliments to Saint-Georges’s talents: François-Joseph Gossec, Carl Stamitz, and Antonio Lolli each dedicated works to him. 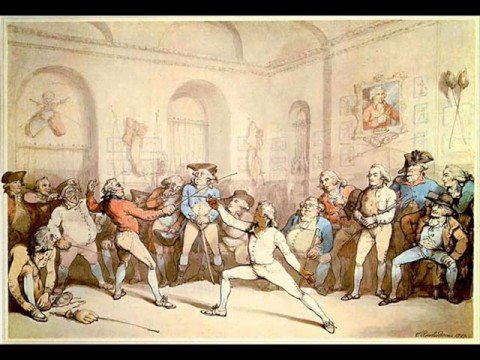 This summer, Pettaway will offer a Pennsylvania Commonwealth Speakers program entitled “The Black Mozart: Joseph Bologne Chevalier de Saint-Georges.” The program includes a discussion of Saint-Georges’s life and music, and performances of several of his works on piano. French concertgoers dubbed Saint-Georges “Le Mozart Noir,” and the title has stuck.

Despite his renown, Saint-Georges was still vulnerable to racial prejudice. Perhaps the most flagrant and dispiriting instance occurred in 1776 when he was nominated to head the prestigious Paris Opéra, only to have his candidacy challenged by a group of divas who argued that they could not be expected to, as they put it, “submit to the orders of a mulatto.” Louis XVI had approved the appointment, says Pettaway, but the divas’ objections won out and Saint-Georges did not get the coveted directorship.

When the French Revolution erupted in 1789, Saint-Georges added yet another page to his curriculum vitae. Naturally, the democratic ideals of the revolution—liberté, égalité, fraternité—appealed to the composer, who under the Ancien Régime “never knew when the ugly face of racism would present itself again,” says Pettaway. He joined the National Guard at Lille at 1789, and a year later was selected to lead one thousand black soldiers charged with defending the ongoing revolution.

But service to the revolution, it turned out, was no guarantee against the sweeping violence of la Terreur. The revolutionaries regarded anyone with ties to the aristocracy with suspicion, and Saint-Georges, who had been a guard for Louis XV and conducted Haydn’s Paris Symphonies before Marie Antoinette, was no exception. Brought in on trumped-up charges in 1793, he spent nearly a year in prison. Five years later, at about the age of fifty-five, he died in Paris, destitute, alone, and all but forgotten.

Saint-Georges’s music suffered the ill effects of the Revolution no less than his person. Many of his manuscripts were destroyed during the early years of unrest and, later, under Napoleon’s government, performances of those few of his works that did survive were banned. Only recently, through the work of scholars and musicians such as Pettaway, has the music of Saint-Georges begun to reclaim audiences as it once so ably captured.