You can listen to their full album here, use that opportunity to get a vibe. I strongly encourage you to purchase it on iTunes here! Support the time and energy creative people put in to bring us extraordinary artistry..

“I want people to appreciate my music, but I’m not that interested in them knowing my face,” says Lisa-Kaindé Díaz, before her bandmate and twin sister Naomi cuts in – “I’m OK with it.” Lisa’s out of luck – even if you ignore the fact that she is preparing to be photographed for our fashion shoot. The Paris-based French-Cuban duo, who together form Ibeyi (the band’s name is Yoruba for “twins”), are one of the most talked-about acts of 2015, though they are just releasing their first album. Their bewitching compositions, sung in a mixture of English and Yoruba, pitch Lisa’s fathomless, soulful vocals against Naomi’s harder, electronica-edged production. It’s a unique blend, driven by cartoon-contrasting personalities. “Naomi says if I made music on my own it would be too depressing, and no one would buy it,” laughs Lisa. “But if she was on her own it would just be party beats, to get festival crowds moving!” 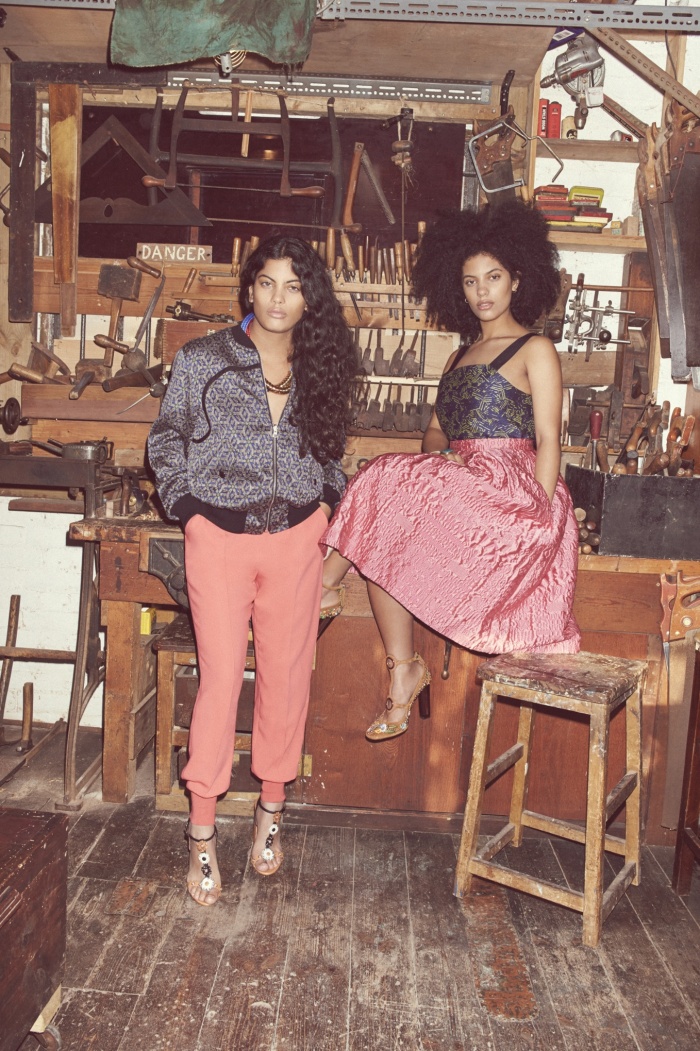 Naomi fidgets, wanting to dance. She’s at home with the cameras, the more fashion-minded of the two, though they’re both born to make clothes look good. Their fashion sense matches their musical differences. Sensitive Lisa – who plays piano, writes the music and lyrics, worships Nina Simone and Billie Holiday – wears a magnificent afro and prefers “simple, well-cut clothes”. Party-starter Naomi, responsible for rhythm, namechecks Gaultier and Balenciaga, and an allegiance to hip-hop and funk. She plays the cajón: a musical box on which she sits, stroking and slapping an extraordinary percussive range. When they perform, she coils her long hair into twin buns “like Pokémon”.

The sisters come from musical royalty. Their father was Anga Díaz, legendary percussionist in the Buena Vista Social Club, who died when they were 11 – too early to exert a direct influence on their work, they claim. Their elder sister tragically also died a few years ago. Lisa says, with feeling: “Singing saved me. I realised I could lose everyone, spend my life crying, but at least I could survive.” Family bonds, loss and hope are the major themes of their debut album – Ibeyi. Their Venezuelan mother, also present today, introduced them to the Nigerian language, imported to Cuba on slave ships in the 1700s. Now only spoken there by priests and artists, its evocative chants, and the siblings’ otherworldly harmonies, are a large part of their music’s mysterious beauty. “People think Cuba is just salsa, but there’s a whole other culture we need to keep alive.” 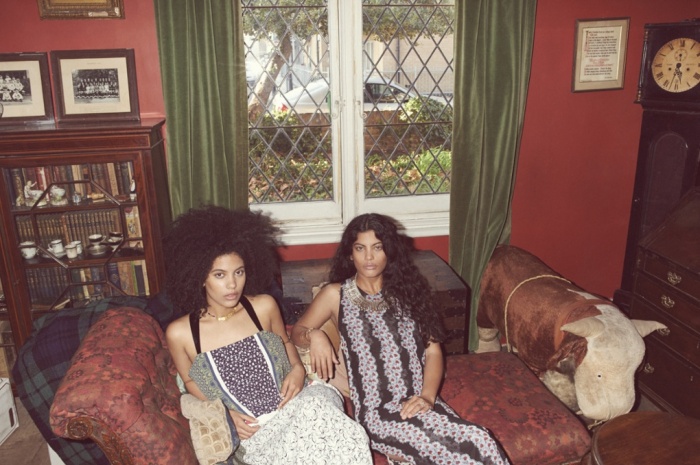 Lisa and Naomi find themselves on the road more frequently than in Paris or Cuba. After the shoot, they’re driven to a radio call-in interview broadcasting to America, before heading to St Pancras to catch a Eurostar home. Waiting for their train, they let their hair down in a bar – at least Naomi does, drinking and smoking for both of them. They try to compile a list of countries they’ve visited, and lose their place. “Most of Europe, United States, Venezuela, Middle East, Nigeria, Mexico, India…” Signed to ultra-hip record label XL, they are still only 20, but things have moved quickly for the pair. They’re getting used to strange attention – distant acquaintances messaging them, futile proposals via Instagram. “You’re going to marry a rapper, we know that,” Lisa replies, “Though whether it will last, ah…” she falls about laughing.

“Eight months ago I thought I was going to be a music teacher and have a quiet life, which was fine,” she continues. “Now I don’t think that will be possible.” Draining her champagne, Naomi cuts in: “I used to be a party girl. Now I see hotels and the inside of a bus. For me, this is a quieter life.”

Ibeyi’s eponymous album is out now