In 1992, Christian Louboutin created ‘Pensée’, a shoe influenced by Warhol and the Pop Art movement. Having drawn the shoe perfectly, he was still disappointed with the prototype. Although it was very close to the initial drawing, something was missing. While staring at the prototype he noticed his assistant painting her nails at her desk. He grabbed the red nail polish and proceeded to paint the sole of the shoe. ET VOILA! The signature red sole was born. 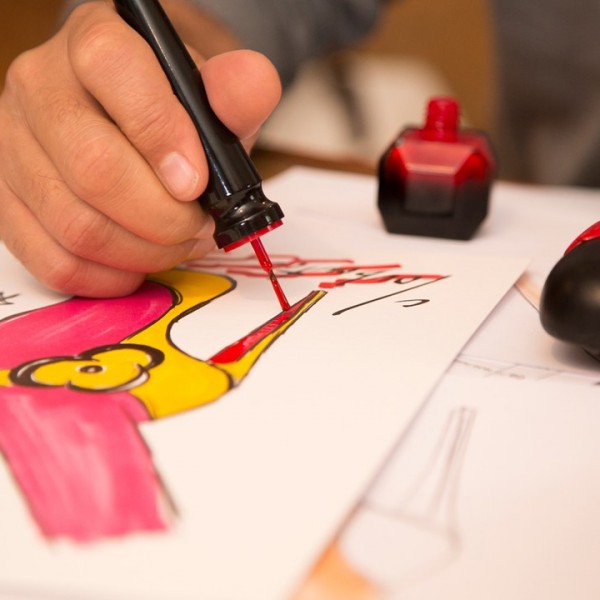 Christian Louboutin makes his debut into the beauty realm with luxury nail polishes. Rouge Louboutin, the first of his lacquers, will be followed by 30 colors due to hit retailers in August.