Maj. Mariam al-Mansouri, the first female fighter pilot in the history of the United Arab Emirates, led the the Gulf state’s bombing raids over Syria this week. Photos of al-Mansouri, beaming from her cockpit, that were released by the country’s state news agency have taken social media by storm. 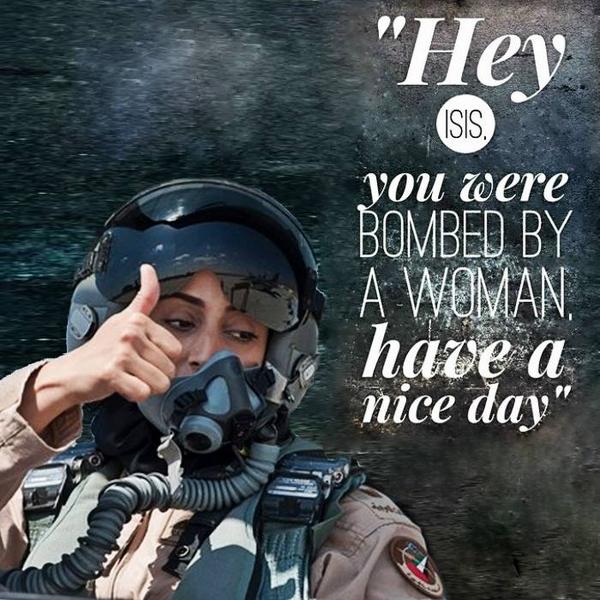 The 35-year-old squadron commander was likely part of sorties that dropped bombs on Islamic State positions in Syria’s Idlib, Aleppo and Raqqa provinces. Some reports suggest that she even spearheaded her country’s mission, which complemented the parallel efforts of four other Arab states backing the U.S.: Saudi Arabia, Jordan, Bahrain and Qatar.

According to a profile in the National, the Abu Dhabi-born al-Mansouri harbored an ambition to join the air force since her teenage years, but had to bide her time until women were permitted to enlist. She graduated Khalifa bin Zayed Air College in 2007 and is now a veteran F-16 pilot.

In earlier interviews, al-Mansouri has insisted that she received no special treatment because of her gender. “Everyone is required to have the same high level of combat competence,” she told Deraa Al Watan, a U.A.E. magazine. 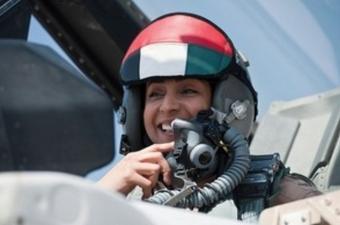 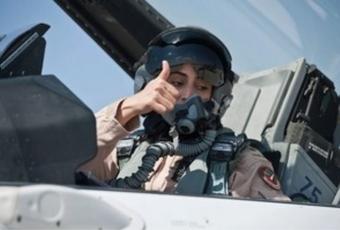 It’s not clear how vital her and her compatriots’ efforts were in the air campaign against the Islamic State, which is entrenched over a vast swath of territory in Syria and Iraq. More important was the sheer fact of her presence. “While Arab participation in the strikes is of more symbolic than military value,” writes the Wall Street Journal’s Ahmed Al Omran, “analysts described it as a bold move for a group of countries that for long preferred to act via proxies instead of any direct involvement.”

The symbolism of a female fighter pilot bringing the heat to the women-enslaving Islamic State ought be lost on no one and is useful propaganda for the Emiratis. To that end, Saudi Arabia also released pictures of its pilots who took part in airstrikes, including Prince Khaled bin Salman, the son of the kingdom’s crown prince. Long blamed for their listlessness and inaction, the kingdoms of the Gulf may try to change their image in the ongoing campaign. read more..