Black students and college grads are rallying against Supreme Court Justice Antonin Scalia on Twitter after he made some troubling comments about their supposed inability to graduate from universities he said were “too fast.”

Scalia’s comments came during oral arguments on Wednesday for the affirmative action case Fisher v. University of Texas. The suit, filed by onetime prospective student Abigail Fisher, alleges that she was denied admission to the University of Texas at Austin because she was white, and that other, lesser qualified candidates were admitted due to their race.

The hashtag #StayMadAbby has taken off on Twitter, with hundreds of black graduates tweeting photos of themselves clad in caps and gowns, as well as statistics pointedly noting that black students only account for a small share of the UT Austin student body. 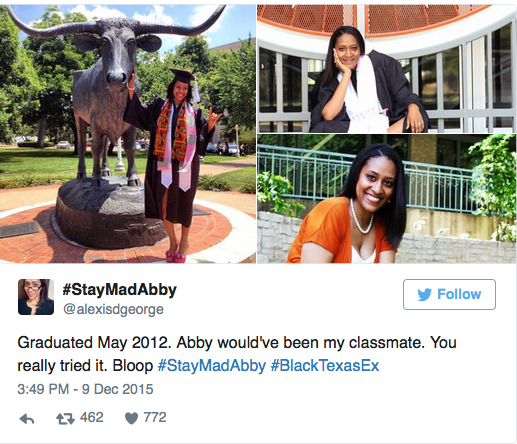 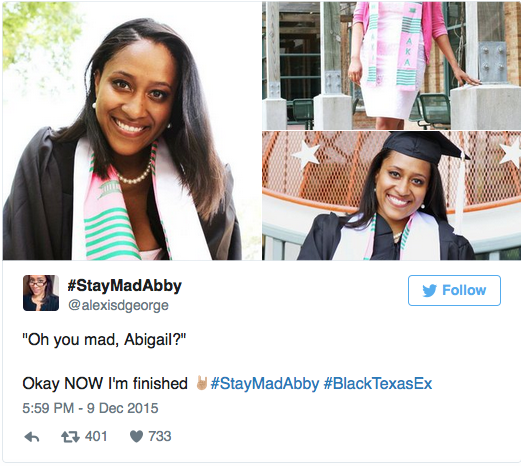 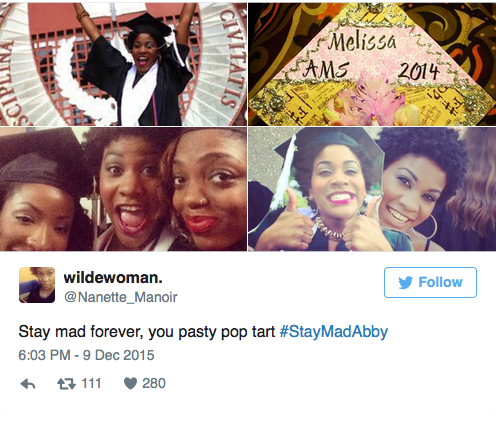