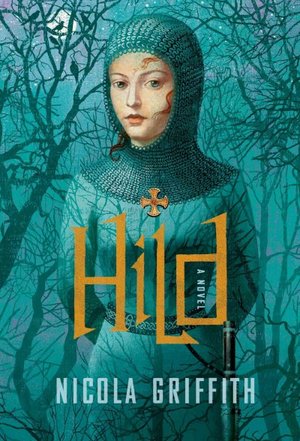 Hild is a world built fiber by fiber from the ground up, immersive as a river in rain. It is a world full of women of different intelligences, backgrounds, and classes — women who speak to each other, work and learn together, love and support each other through war, dynastic conflicts, religious upheaval. This is a world in which women participate fully on every level of society: they are brewers, shearers, weavers, doctors, queens, seers, warriors, sisters, mothers, wives, friends. Nor is this a book of secret history: it demonstrates very deftly how integral women were to society at a time when everyone had to work constantly to assure survival from year to year.

With gorgeously supple prose, Griffith tells the story of Hild, the seventh-century woman who would come to be revered as Saint Hilda. Hild is, according to her ambitious and canny mother, “the light of the world,” destined to lead the Yffings into prosperity as the king’s seer. But her only magic is that of observations, of reading cycles and patterns of behavior, be they in weather, landscapes, or people. Step by step, thought by thought, we are introduced to Hild’s development and deployment as adviser to Edwin Overking at a time of enormous social change, as petty kingdoms clash and merge like tectonic plates.