When offered the opportunity to attend a woman-focused panel at a major event, my sanity-defense sensors begin to fly. It’s true that I believe that female CEOs are still rarely given the opportunity to share their perspective onstage — particularly as it relates to running a company as a minority and how they see the landscape of diversity now.

But too often, these panels are grandstanding dog and pony shows, designed to trot out successful women and demean them by asking them, “How do you do it all?” as if they are crazy for pursuing their careers as their male cohorts would.

Sitting in Dreamforce’s “Women’s Innovation Panel,” the final keynote and culmination of a new “Women’s Leadership Summit” track introduced to the multi-day Salesforce event this year, my stomach churned at how insulting panel host Gayle King was to YouTube CEO Susan Wojcicki and The Honest Company CEO (and actress) Jessica Alba. It was more than grandstanding: it was a complete farce.

Wojcicki’s story, specifically among women in tech, is one of the greats. As Google employee 16 and the initial source for the company’s Menlo Park headquarters (she legendarily offered up her garage to founders Sergey Brin and Larry Page), she rose through the ranks deftly and is now the only female CEO in the Alphabet umbrella. She oversees YouTube’s multi-billion dollar business and has a net worth of more than $300 million.

“Susan, you know something about babies,” King said during the panel. “This is what I love about Susan: she has five children.”

Wojcicki smiled, and confirmed King’s statement. When pressed, Wojcicki said that her eldest is turning 16, while her youngest is 8 months.

“By the same husband?” King inquired.

15 minutes into the panel, and Gayle King had asked one of the most powerful women in Silicon Valley if all of her children have the same father. {sorry- I had to highlight that.. wtf? ~reese} Alba, unfortunately, fared no better in King’s line of questioning. Although primarily known for her acting work, Alba’s The Honest Company is now a $1 billion business selling natural beauty and home care products online. Her work for the company is vast, as Forbes noted in June that she had an encyclopedic knowledge of the 120 different items it offered.

“People seem to think there’s a beginning and an end to a Hollywood career,” King noted, in reference to Alba’s decision to start her company. “Were you thinking ahead about that? Your Hollywood career is by no means over.”

There’s nothing that inspires women quite like asking a successful actress whether she believes her company is an adequate fallback once she’s had her last fuckable day.

These are two particularly appalling moments, but on the same stage where Microsoft CEO Satya Nadella demonstrated his company’s products and at the same conference where Salesforce CEO Marc Benioff and Uber CEO Travis Kalanick merited the values of maintaining a philanthropic arm to multi-billion dollar businesses, Alba and Wojcicki fielded questions about maternity leave, how they remain in their families’ lives, and whether they could invent a stylish shoe that doesn’t hurt your feet at the end of the day. The panel was patronizing, in no small part due to King’s apparent misinformation about exactly what the discussion was about. She claimed outright that she didn’t know much about technology, or even what Salesforce did. At one point, King asked Alba if she knew how to code.

“I don’t know how to code, but I can put in a JIRA ticket!” Alba said, smiling.

“Are you even speaking English right now?” King responded quizzically.

That moment probably stung for much of Salesforce’s audience, but particularly for women executives, engineers and non-technical workers who attended a panel advertised as for them — only to find out that it was run by someone who couldn’t even speak their language.

It’s alienating, in no uncertain terms, to have to sit through a panel designed to be about women in technology and instead have it derailed by the seemingly interminable myth that when we want to talk about being a woman in tech, what we’re really saying is that we want to talk about being wives and mothers with day jobs in the technology industry.

Salesforce’s decision to put King up on that stage meant that they were willing to sacrifice meaty depth for the idea that the only way women consume news is by watching ‘The View.’ Talks about lipgloss, diapers and anti-aging serum were only sometimes punctuated by unanswerable, borderline-offensive questions designed to put Wojcicki in particular on the spot. “Where are the women in tech?” King asked her, mystified.

“Do you think men understand the importance of women in tech?” she asked later, clearly unaware that one female CEO in the tech industry couldn’t explain the diversity struggles of her own company in a single sentence, let alone the endemic issue Silicon Valley is currently experiencing.

It’s frustrating to see women invited to speak about their companies only to be subjected to such patronizing, unhelpful questions. It’s even more frustrating that Salesforce gussied up this garbage as a way to actually address how women feel about their place in tech. And it’s downright awful that these female CEOs weren’t even given the opportunity to answer questions from someone who is familiar with the landscape.

If Salesforce wants to open the door and have earnest discussions of how female executives run their businesses and grow them successfully, then it needs to stop taking cues from outdated stereotypes about what a female audience wants to hear from these events.

Salesforce should be ashamed of what it showed to its thousands of attendees and many more online, and go back to the drawing board for next year. 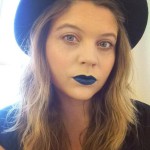 Lauren is a reporter for The Next Web, based in San Francisco. She covers the key players that make the tech ecosystem what it is right now. She also has a folder full of dog GIFs and uses them liberally on Twitter at @lhockenson.