Several months ago, I posted a collection of paintings from the book Blackamoores: Africans in Tudor England that chronicled Africans in Tudor England from 1485-1603. Just recently, The Guardian {below} discusses newly found historical photographs of Africans from the Victorian period. I love history, so I’m truly excited that people like Onyeka Nubia (Blackamoores author) and Autograph ABP are working to bring this important, yet overlooked part of history to life..

From the African Choir posing like Vogue models to an Abyssinian prince adopted by an explorer, a new exhibition spotlights the first black people ever photographed in Britain

The African Choir were a group of young South African singers that toured Britain between 1891 and 1893. They were formed to raise funds for a Christian school in their home country and performed for Queen Victoria at Osborne House, a royal residence on the Isle of Wight. At some point during their stay, they visited the studio of the London Stereoscopic Company to have group and individual portraits made on plate-glass negatives. That long-lost series of photographs, unseen for 120 years, is the dramatic centerpiece of an illuminating new exhibition called Black Chronicles II. 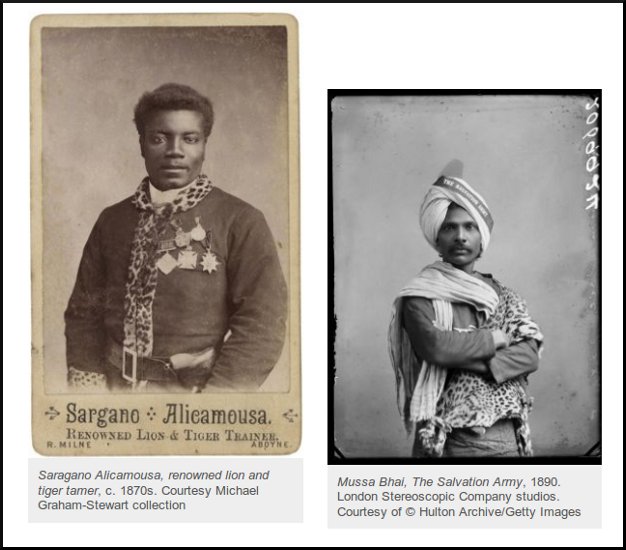 “The portraits were last shown in the London Illustrated News in 1891,” says Renée Mussai, who has co-curated the show at London’s Rivington Place alongside Mark Sealy MBE, director of Autograph ABP, a foundation that focuses on black cultural identity often through the use of overlooked archives. “The Hulton Archive, where they came from, did not even know they existed until we uncovered them while excavating their archive as part of our research project.”

The London Stereoscopic Company specialized in carte de visites – small photographs printed on cards that were often traded by collectors or used by performers for publicity purposes – and, as their name suggests, they were all in stereo which, when seen through a special viewer, gave the illusion of a three-dimensional photograph.

The enlarged portraits of the African Choir, which line one wall of the exhibition, were made by Mike Spry, a specialist in printing from glass plates who was coaxed out of retirement to undertake the meticulous process in his garden shed. They are arresting both for the style and assurance of the sitters – some of the women look like they could be modelling for Vogue – and for the way they challenge the received narrative of the history of black people in Britain.

“Black Chronicles II is part of a wider ongoing project called The Missing Chapter,” says Mussai, “which uses the history of photography to illuminate the missing chapters in British history and culture, especially black history and culture. There is a widespread misconception that black experience in Britain begins with the arrival of the Empire Windrush and the first Jamaican immigrants in 1948, but, as this exhibition shows, there is an incredible archive of images of black people in Britain that goes right back to the invention of photography in the 1830s.”

Near the African choir shots, there is an equally striking portrait of Major Musa Bhai, a Ceylon-born Muslim who was converted to Christianity in colonial India. He accompanied the family of William Booth, founder of the Salvation Army, to England in 1888 as a high-profile advocate for the organisation. As Mussai notes, there “are several intertwining narratives – colonial, cultural and personal – embedded in these images, but what is often startling is how confident and self-contained many of the sitters are as they occupy the frame.” 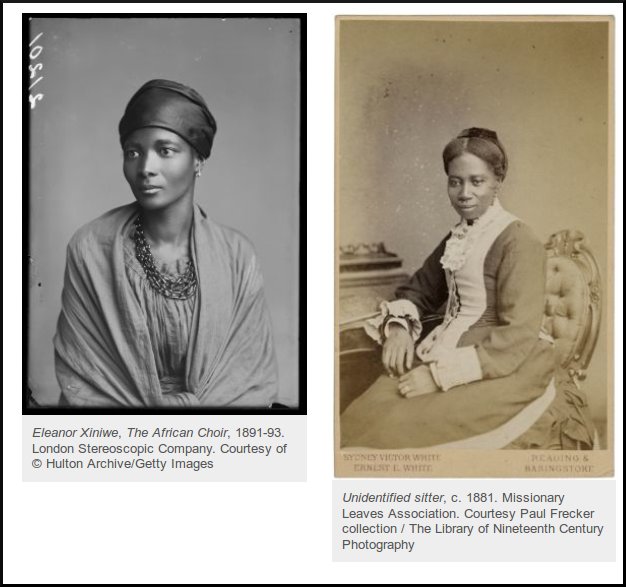 Black Chronicles II is punctuated by several such surprising shots, some of well-known people but many of ordinary individuals caught up in the indiscriminate sweep of colonial and postcolonial history. Among the former is Sara Forbes Bonetta, perhaps the most celebrated black British Victorian, who was photographed by two pre-eminent portrait photographers, Camilla Silvy and Julia Margaret Cameron.

Captured aged five by slave raiders in west Africa, Forbes Bonetta was rescued by Captain Frederick E Forbes, then presented as a “gift” to Queen Victoria. Forbes, who rechristened the child after his ship, the Bonetta, later wrote of the proud moment when he realised that Forbes Bonetta “would be a present from the King of the Blacks to the Queen of the Whites.”